As promised, now we will scrape gu.se. Our objective is to look at the gender distribution for various academic titles at the JMG institution. The way we plan on doing this is by scraping the institution page. In order to reach our goal we need to:

We will not go through the details of this program now even though it will not hurt you to try to read the code and comments below. Ok, now create a new file in your editor and copy paste the following code:

Save the file as scrape_gu.py and you should have something like this: 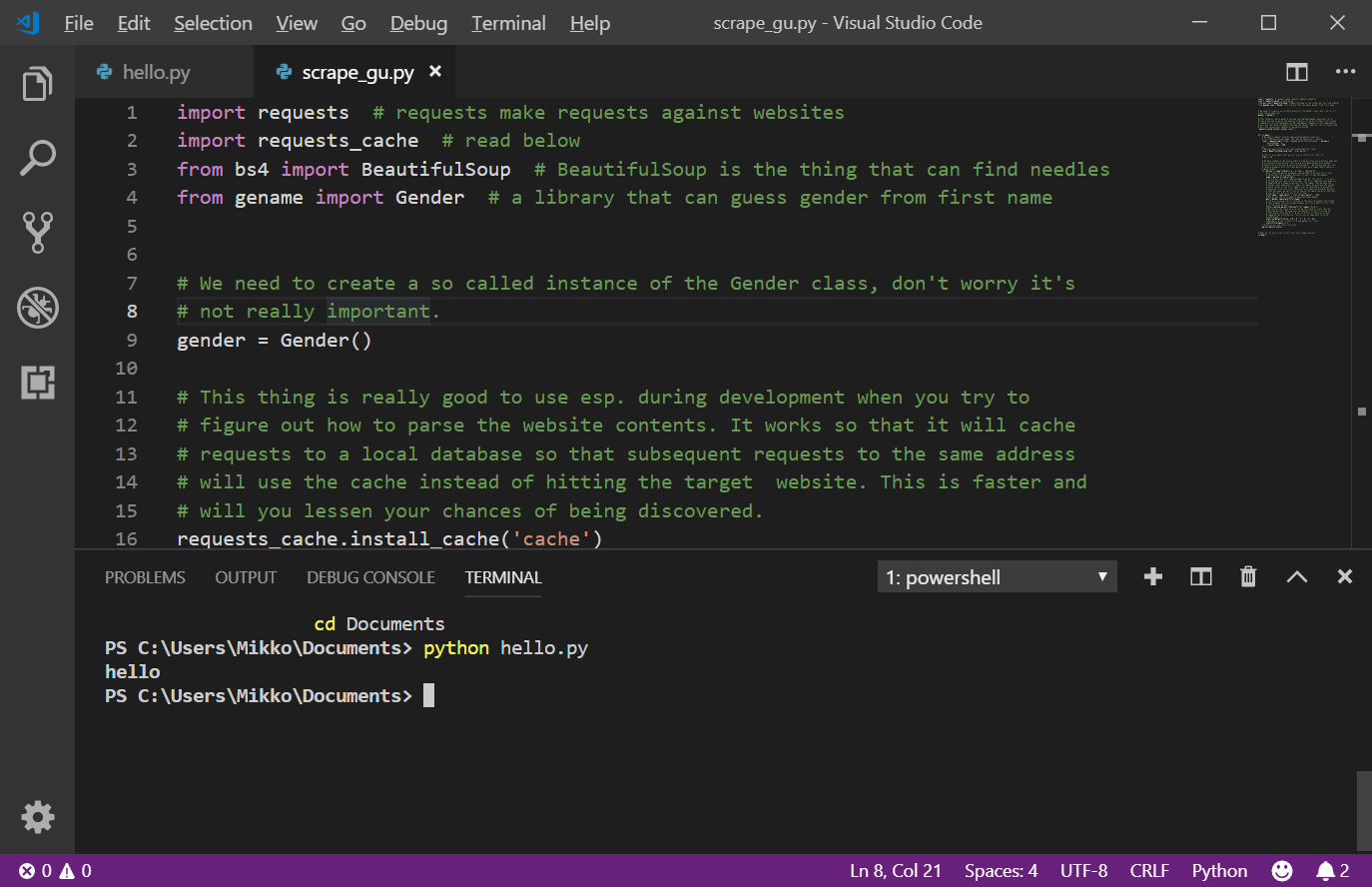 Let’s just try to run this thing and see what happens by typing python scrape_gu.py in the terminal. You should find that did not work out so well, there will be an error something like:

This says that we are missing some module called requests, in fact we are missing some more modules. Modules are ready made programs that we will use in our program. You can look at the top of the code of our program to see what modules that we are importing: requests, requests_cache, bs4, gename. All of these are imports of programs that are not directly available to us until we install them, that is they do not come with the installation of Python.

So we need to install these modules, modules typically contain programs but may contain other things like constants and so on. Ok, now do the installing of the modules, type the following in your terminal: pip install requests requests-cache bs4 gename and they shall be installed after some time.

Ok, try to run the program again by typing: python scrape_gu.py in your terminal. This should print something like this:

So we have a list of titles and from each title we can read how many women and men that have that title. We could do some improvements to this program since some really hard working academics have more than one title. Also we can see that there is an 'U' for unknown gender, maybe this is true but there could be something we can improve when parsing the first names.

Did we learn anything?

First you should step through what this program actually did, try to read the program comments and when you are done you will be ready for the next level, Part 3 of Scraping 101